What does the role of Research Technology Professional mean to King’s Digital Lab? 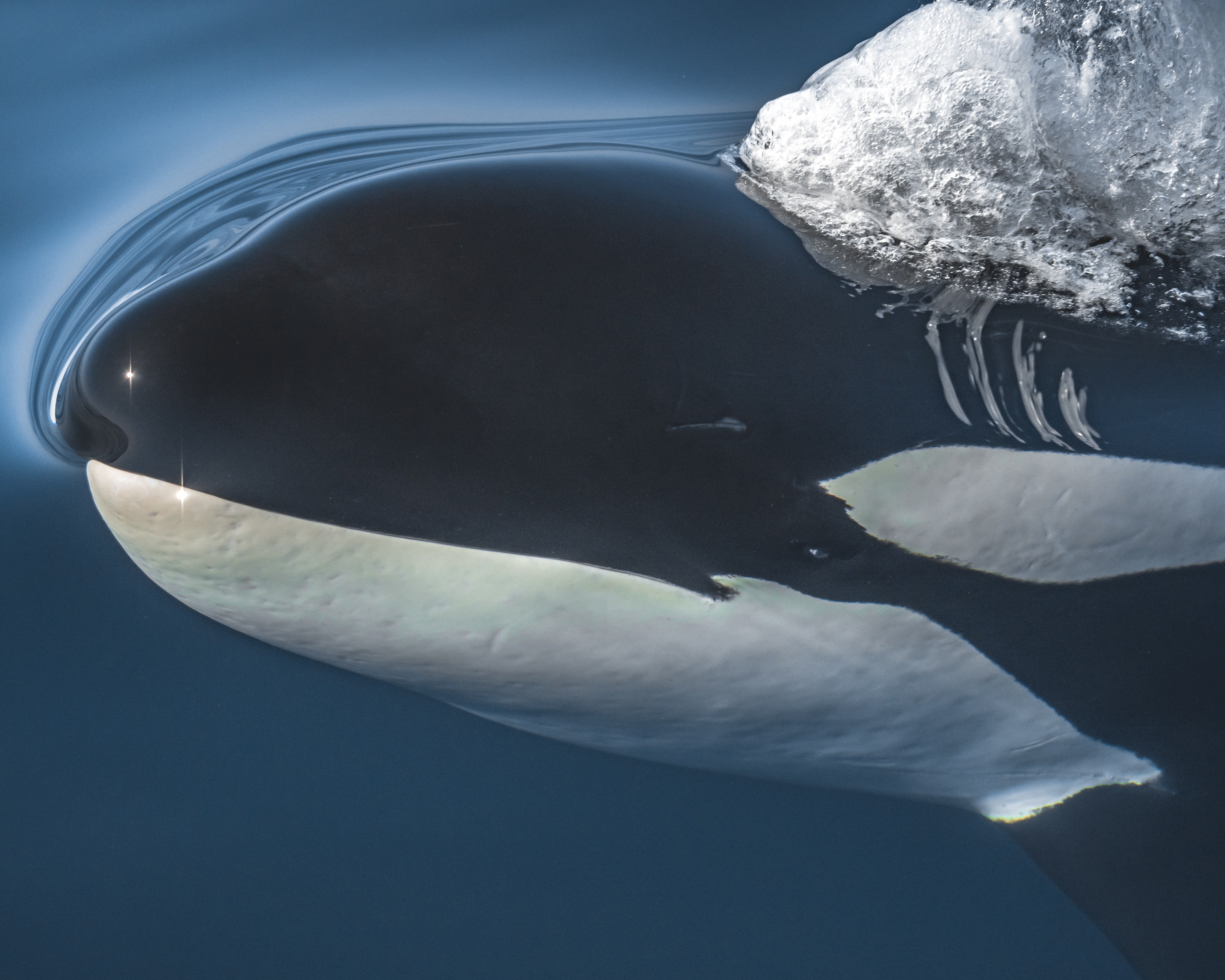 Photo by Adam Ernster on Pexels 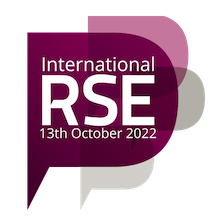 This is the second part of a blogpost published for International Research Software Engineering Day integrating and extracting from our response to the Arts and Humanities Research Council (AHRC) consultation this summer on what the role of Research Technology Professional (RTP) means to King’s Digital Lab. Research Software Engineering profiles are a category within RTPs so our response was based on the KDL experience of inhabiting those roles.

This is a follow on from the first in the series Part 1: "Who are Research Technology Professionals?". There is no need to be read in sequence but it might be useful for context.

To address the second and third questions (breath, scope and contribution to research), we refer to several recent reports (McGillivray et al. 2020, Bergel et al. 2020, Romanova et al. 2021, Gambell et al. 2021) which expanded on the shape and needs associated to the RTP community in the A&H, in particular from digital humanities and data science perspectives.

To the AHRC consultation, we also provided an overview of KDL history and mission. In short, colleagues in the Faculty of Arts and Humanities (A&H) at KCL are the primary research partners for KDL; we work extensively with the UK Higher Education (HE) and cultural heritage sectors with secondary partnerships in the creative industries. What follows focuses more in detail on how RTP roles are structured in KDL, on the kind of projects we undertake and the infrastructure than enables them.

Except for the post-doc, all our roles are currently mapped to Professional Services contracts at KCL.

Our call for evidence was based on KDL experience, but there are of course other roles across the Faculty and College which would fall within the RTP definition. The Lab’s holistic conception of infrastructure aligns to UKRI definitions that include human and procedural elements alongside technical component. Its blend of scholarly RSE and IT industry methods for infrastructure design, development, and maintenance position it as a key interface between the institution’s eResearch and IT functions. King’s eResearch strategy has recently gained significant institutional investment for High Performance Computing (HPC), storage, and permanent staff (also falling within the RTP category).

KDL’s infrastructure is used to host multiple legacy projects that remain in active use by the research community as well as native projects (i.e. started after its set-up in 2015). Core audiences include researchers and professionals affiliated to HEIs and other research organisations, students enrolled in HEI programmes, independent researchers, government employees, secondary school students, and the public. KDL’s portfolio of projects covers a plethora of disciplines in the A&H, from history, archaeology, historiography, art history, epigraphy, palaeography and musicology to information studies, literary and modern languages studies, theatre studies, performance and practice-oriented research in the cultural and media sectors.

KDL inherited 113 projects (50 AHRC) when it was established, worth a total of about £40M research funding (about £26M AHRC). At the time of writing, the Lab cares for 50 projects under Service Level Agreements (30 AHRC), has remediated a further 33 to low-cost hosting solutions (11 AHRC) and migrated 25 to other institutions (11 AHRC). The team manages 23 active projects (6 AHRC). The Lab’s infrastructure (De Roure et al. 2022, 22-28) is a significant node in the UK’s A&H e-infrastructure, providing long-term support for dozens of high-impact research projects.

Arguably, the most interesting part – yet often not articulated well by RTPs themselves - of the contribution of RTP to research projects relates to methodologies. Projects in the KDL portfolio defined or are defining new methodologies for data collection, processing, analysis and presentation typically involving more than one discipline and cutting across academic and cultural heritage sectors, and increasingly the cultural industries.

Creativity and openness to diverse research domains, as well as the ability to identify patterns of similarity across heterogeneous projects, also play an important role, and are integral to RSE expertise and processes.

(Ciula and Smithies, in print)

Development of projects in KDL is undertaken using a mature Software Development Lifecycle (see SDLC wiki with project templates; Jakeman 2020) that accounts for the full lifecycle from design – inclusive of the estimate of infrastructural requirements and costs – to sun-setting. The design process is shared with the RSE team and negotiated with research partners in KDL:

Each modelling cycle produces one or more models which can contribute to bridge building phases and increments ... This process is far from linear and unidirectional. Its epistemological value can be limited to one role ..., to more than one role within the engineering team or indeed to the overall research team including partners outside KDL. It facilitates communication, shared understanding and ultimately the building of a final product charged with meaning sedimented in more or less ephemeral intermediary products (widely defined here as models). 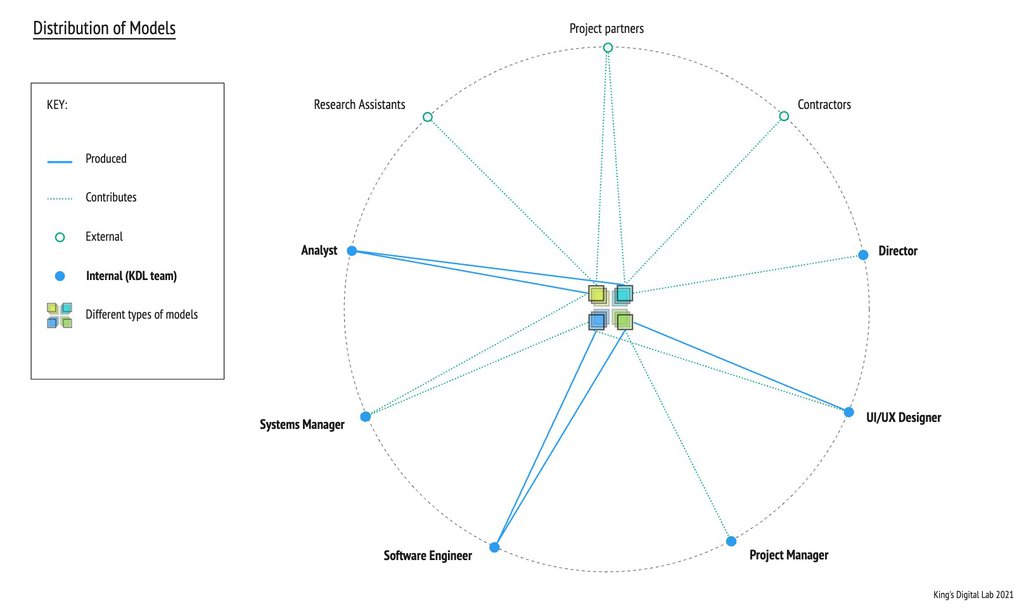 Beyond instantiations in specific time-limited projects, in the RSE context where they were designed and developed, models often represented innovative solutions which have had a longstanding effect. ... During a project lifecycle, modelling journeys evolve non-linearly with moments of disruptions and breakthroughs in tandem with the development of the project intellectual and practical outputs. … The implementation imperative (design) requires a level of details that triggers questioning (analysis) and thus ripples and reshapes the project partners' conceptual domain.

The design and development process is guided by quality guidelines (including REF outputs checklist as discussed in this blogpost), feasibility assessment (see Pawlicka-Deger 2022) and a robust archiving and sustainability policy (more on this later). As an idea of the scale of KDL operations, during the 2020/2021 financial year, KDL delivered technical work for 30 funded projects. These amount to a total value (across the lifetime of each project) of approximately £14 million, including ca. £1.5 million of external funding to KDL, the majority of which covers the cost of KDL staff working on those projects. Work ranged from full technical delivery to minor updates. This is in addition to carrying out work on another 70 projects in the post-project phase with no active development.

The tip of the iceberg and efforts to keep it afloat

Historically, projects hosted on KDL infrastructure have been submitted to the UK Research Excellence Framework (REF) as research outputs or part of Impact Case Studies. KDL's wide-ranging impact on the Faculty of A&H research outputs and environment was reflected also in the REF 2021 submission for which contributions included:

KDL projects data are usually released gradually over the course of the project period under a license agreed with partners. KDL makes any project application source code freely accessible at KDL’s GitHub repository. Unless otherwise specified, users can download this material and reuse it under the terms of the MIT License.

KCL has an official Research Data Management (RDM) Policy and a comprehensive RDM service including a research data repository facility (KORDS, an institutional Figshare instance) for depositing and sharing project-generated data and metadata. If agreed as part of archiving and sustainability planning for a project, selected datasets can also be archived on KDL CKAN catalogue (with standard open licenses and DOIs), created to cater for legacy project invisible datasets as explained in this blogpost.

KDL projects sit in a crucial space between national and regional-scale outputs and small locally hosted initiatives and have been underserved for infrastructure funding despite being retained in many cases for years beyond their initial funding period. The Lab implemented an internationally recognised Archiving and Sustainability (A&S) programme (Smithies et al. 2019) to manage projects beyond their funding period, leading to a range of outcomes, including archiving sites which could no longer be supported, rendering sites static to allow them to be hosted at minimal cost, migrating to alternative hosts and placing sites under Service Level Agreement (SLA) to provide a clear basis for ongoing support. The programme is overseen by an SLA Committee to determine SLA renewals balancing scholarly value with contractual commitments, cost, security, and reputation.

In many cases the cost of sustaining this infrastructure has been supported by KCL gratis, in some cases for a decade or more: without funding support this generosity will be difficult to sustain. In this sense, KDL not only enables the future strategic priorities of AHRC and UKRI, but bridges sustainability gaps that the emergent AHRC Digital Research Infrastructure investment and the ongoing Scoping Data Services scheme appear designed to fill (De Roure et al. 2022, 22-28).

To sum up, RTP contribution to research is deep and unfolds in the iterative design (inclusive of data modelling) of digital projects and products; however, the visible parts of these contributions are usually published websites which only represent the surface:

[The KDL team] intend and use design methods in a wide sense ranging from techniques of requirements elicitation in pre-project analysis to data modelling and wireframing in evolutionary development... While models affect intimately and substantially the published collaborative digital outputs usually submitted to national research assessment framework... , from an RSE perspective, these are often the tip of the iceberg of the experimental process.

Part 3 will focus on our take around the pillars of the Technician Commitment.