A ground-breaking fusion of coding education and immersive theatre 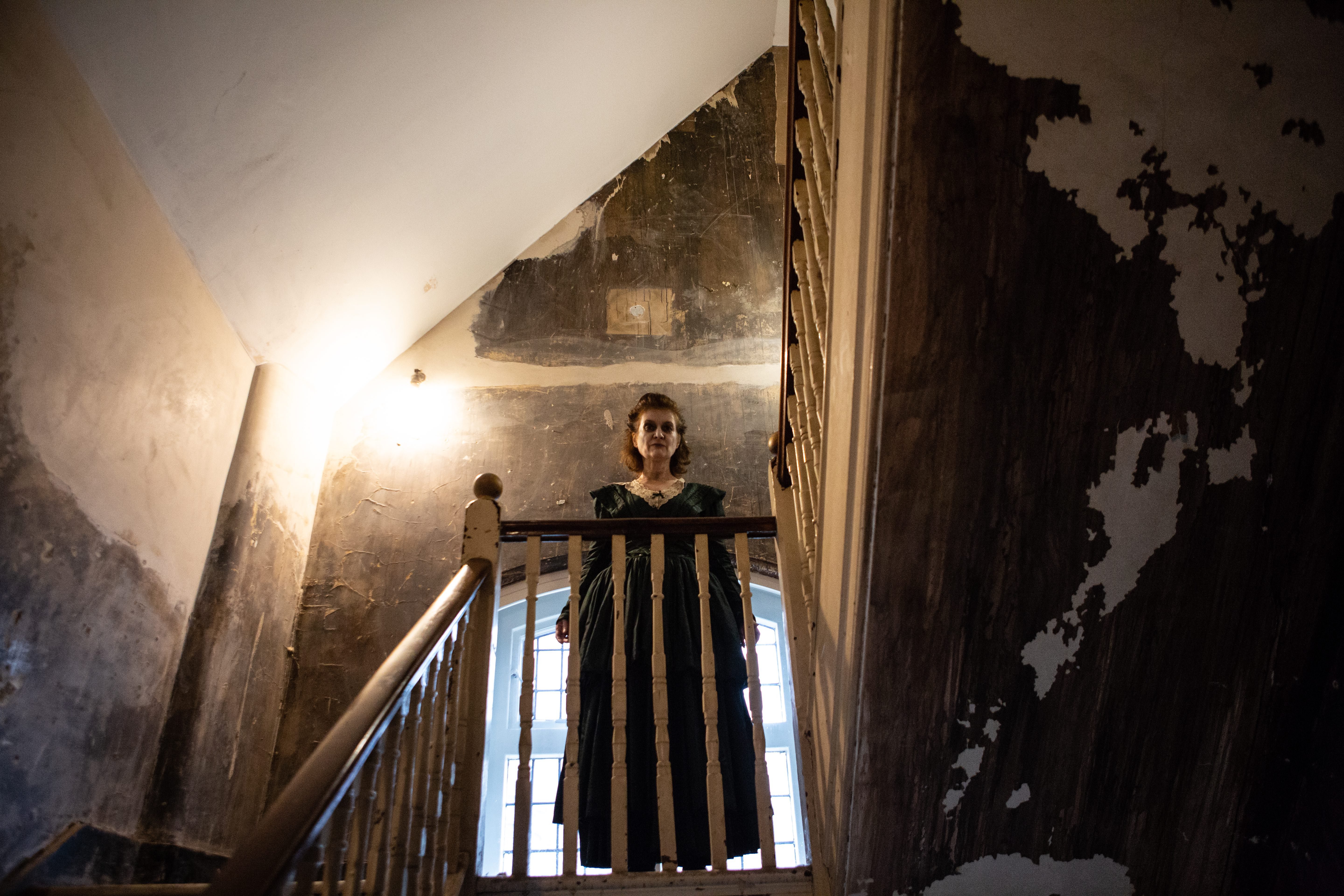 The Ghost Hunt is a mixture of coding education, Augmented Reality and live performance:

The Digital Ghost Hunt begins when a normal school assembly was interrupted by Deputy Undersecretary Quill from the Ministry of Real Paranormal Hygiene, there to recruit the school’s Year 5 class into the Department’s Ghost Removal Section. She tells them it’s due to their unique ability to see and interact with ghostly spirits.

Under the tutelage of Deputy Undersecretary Quill and Professor Bray, the Ministry’s chief scientist, the young ghost hunters must track down the Battersea Arts Centre ghost by learning how to program their own paranormal detectors. Their devices – made from two microcomputers, a Raspberry Pi and a Micro:bit – allow the children to identify objects and locations touched by the ghost. Each has different capabilities, forcing the classmates to work together to discover ghostly traces, translate Morse code using flickering lights and find messages left in ectoplasm, or ultraviolet paint. Meanwhile, the ghost communicates through a mixture of traditional theatrical effects and the poltergeist potential of smart home technology. Together, the pupils unravel the mystery of the ghost's haunting and help to set it free. 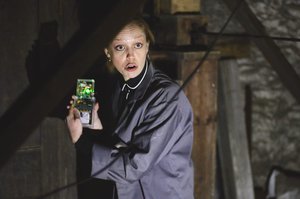 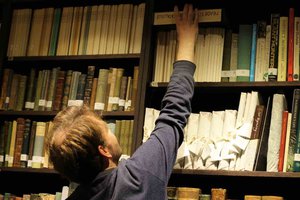 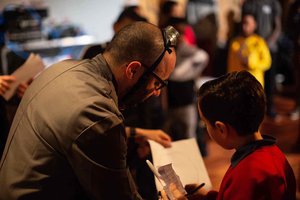 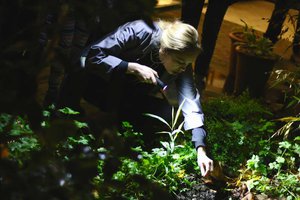 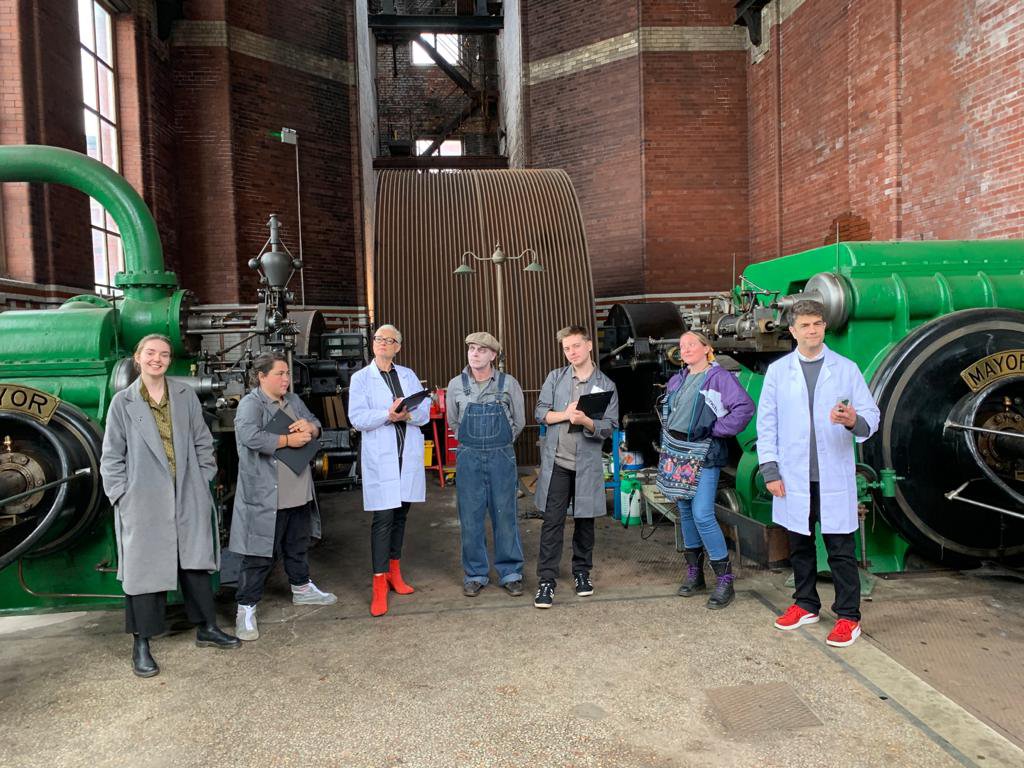 In addition to support from King's College London and Sussex University, this production is made possible by a generous commission from the Manchester Royal Exchange, and will feature as part of their Den pop-up festival.

Listen to an episode of the Exchange's podcast Connecting Tales discussing the show, with Tom, Elliott, and Leigh Ambassador (and part time ghost) Mike Burwin.

Emma Bradburn, intern for the ‘Civic Theatres: A Place for Towns’ research project wrote an account of the show on her blog.

A scratch of The Digital Ghost Hunt was performed at the Battersea Arts Centre in November, 2018, funded by the Arts & Humanities Research Council's Next Generation of Immersive Experiences program.

The project was given further funding from the AHRC for impact & engagement. In this new phase, we are adapting the show into a family experience, in collaboration with Pilot Theatre. A limited run of the show will premiere in York in Summer 2019. We will also be staging public-facing events exploring the project’s discoveries and how they contribute to contemporary debates in immersive performance and digital media.

With the generous support of King's AHRI and seed funding provided by the college, the project produced its third show, a museum-late experience in partnership with the Garden Museum in London.  This new format sent young ghost hunters up a medieveal clocktower and digging for clues in the gardens of the 14th century St. Mary at Lambeth church.  It was performed four sold out performances around Halloween in 2019 and is the basis for a forthcoming museum tour in 2021. 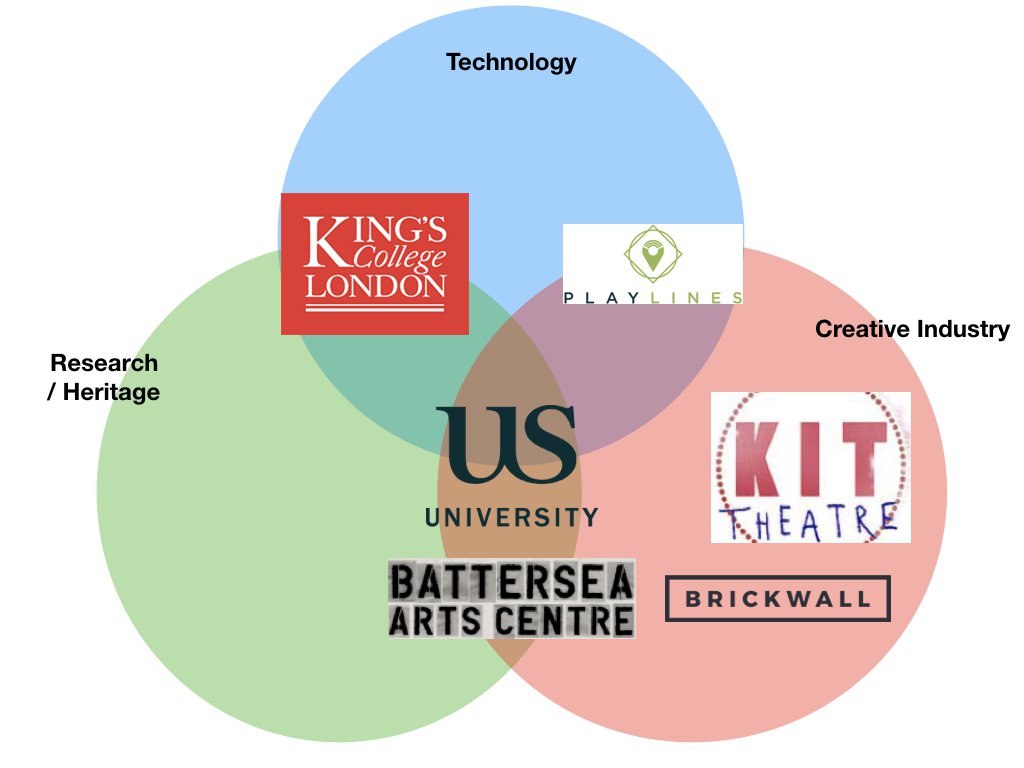 The initial stages of the project were developed with incubation support from the lab, under its '10 percent' personal research time initiative.  It was then accepted on to the Reframed AR/VR development programme run by Lighthouse in Brighton.

The current phase of the project was made under the AHRC’s Next Generation of Immersive Experiences programme, with Mary Krell from the University of Sussex as Primary Investigator and Carina Westling (Research Fellow at Sussex) and Elliott Hall as Co-Investigators.  It was developed with project partners the Battersea Arts Centre, Robert Morgan of Playlines and Brickwall Films.

...preparing students for success in the fourth industrial revolution, can hardly be more apt or more timely. (Jan 22nd 2018)

Young people live increasingly digital lives, but this has not been accompanied by a higher interest in learning about the technology behind the devices and sites they use, as evidenced by the low take up of the new GCSE in Computer Science (BCS, 2017).  Teaching coding in schools is promoted by the UK Department of Education, but students often experience coding as a classroom assignment, divorced from their intuitive and creative experiences with commercial digital applications.

There are several applications and initiatives to teach children coding, from commercial apps to coding clubs and the work of the Raspberry Pi and Micro:Bit foundations.  These applications all seek the increase in engagement and experimentation that can occur when ‘work’ is reframed as ‘play.’

However, these applications all take place within a screen, an approach that comes with its own problems. A screen can shift a user’s attention to the digital environment, to the exclusion of the physical one.  The Ghost Hunt’s approach is to bring the AR interaction fully into the physical space without the mediating influence of a screen, reconnecting audiences to the world around them.  No current program combines coding and drama in this way, using the learning of the former to empower agency in the latter.

The addition of immersive theatre reframes the learning again, from ‘play’ to ‘performance.’  This second shift is important to reach groups not engaging with existing digital resources.  Performance may draw in groups who would otherwise be uninterested in or feel excluded from traditional Computer Science education.  The Ghost Hunt seeks to shift how the context of computer science is perceived, from a skill intended only for a narrow group to a tool of creativity and play available to all. 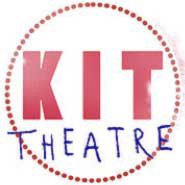 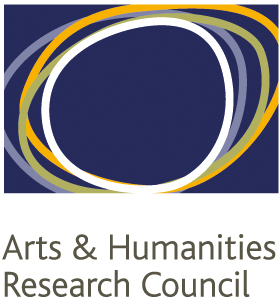