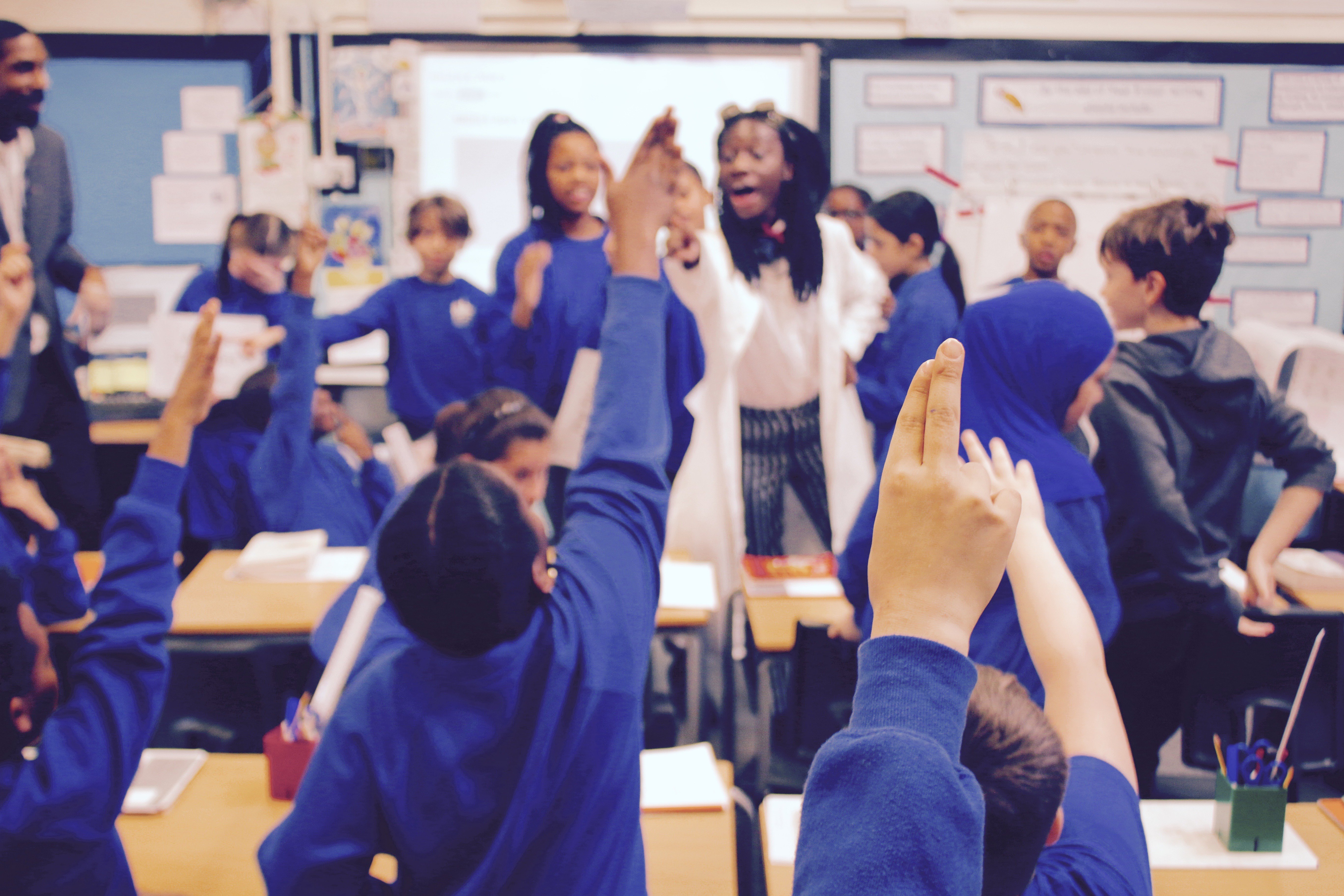 The Digital Ghost Hunt combines coding education, Augmented Reality and live performance into an immersive storytelling experience.  The project seeks to rescue coding and digital technology from its narrow roles as job preparation and curriculum box ticking and restore it to its proper place as a tool of the imagination.

It begins with the most boring coding class in history.  Students spend about 15 minutes programming a meaningless square to turn pointlessly blue.  After about 10 minutes, just as students are about to lose the will to live, their screens go blank. After a few seconds of nothing, the face of a woman appears on every screen.  She looks down the camera and says: "I need your help…The GHOSTS need your help."  Then there is a knock on the classroom window from outside. It's the woman, and she wants to be let in!

The woman is Deputy Undersecretary Quill, there to recruit them into the Ghost Removal Section of the Department for Paranormal Hygiene.  Under her tutelage, students will learn how to program their own ghost detectors.  They will then use these devices to explore a Battersea Arts Centre haunted by a real historical figure, one connected to the building in life.  They will use their devices to find objects and areas touched by the ghost, by detecting real physical phenomena such as radio waves, ectoplasm (ultraviolet paint), and high-frequency sound.  Each device will have different capabilities, forcing the students to work together to get all the clues.  The ghost, meanwhile, will be an occasional, sometimes frightening presence: appearing out of thin air, making eerie noises, and leaving strange smells and a chill in the air as it haunts the building, all through practical effects and the poltergeist potential of the Internet of Things.   Together students will unravel the mystery of the ghost's haunting, and help to set it free.

I began to develop the idea of the Ghost Hunt almost a year ago, using the personal research time all lab members receive as part of its ‘ten percent’ program to encourage us to explore practice-based research and our own projects.  Shortly thereafter I met Tom Bowtell, founder of children’s immersive theatre company KIT Theatre.  The Ghost Hunt was a perfect fit for his Adventures in Learning (AiL) program which "combines immersive theatre, digital interactions and game mechanics to deliver formal learning. Projects are designed in dialogue with teachers to ensure that teachers’ learning targets are embedded at their heart."   We began co-writing the immersive experience that would form the project's core.

The lab was very supportive of the idea and I had the help of Deputy Director Arianna Ciula in exploring possibilities for funding and collaboration.  This incubation support allowed me to develop the concept enough for it to be accepted on to the Reframed AR/VR development programme run by Lighthouse in Brighton.  With the help of some great practitioners and mentors we met at Reframed, Tom and I refined the concept.  That work led to a successful application to the AHRC’s Next Generation of Immersive Experiences programme, with Mary Krell from the University of Sussex as Primary Investigator and Carina Westling (Research Fellow at Sussex) and I as Co-Investigators.

I am writing most of the code on which the project will be based and still co-writing the experience with Tom (who will direct the performance) with creative input from the Battersea Arts Centre, Robert Morgan of Playlines and Brickwall Films.  The project begins this month and will run until the end of October, ending with a test performance with students at the Battersea Arts Centre.