There have been some mysterious and intriguing noises coming out of KDL recently. The development team have been (metaphorically) hammering away to add the final touches to a digital behemoth hidden underneath an equally metaphorical, oil-stained tarpaulin...

The KDL designers have been polishing and buffing logos and arranging them nicely in banners and footers. The analysts have been cooling the wine and slicing the sandwiches into triangles in preparation for a grand unveiling. Whispers are being heard at conferences and the very air is electric with the accumulated anticipation of the digital research community. “Something is coming! What are those boffins at KDL about now?” Well, we’re almost ready to draw aside the veil and reveal what many of you already know. But first, a history lesson.

Back in the mists of time, Peter Stokes and Stewart Brookes of the Department of Digital Humanities (DDH) here at King’s, had a vision of a powerful digital tool that could be reused across research domains. One that would deal with large collections of images and curate and categorise the features they contained - be that handwriting, icons, epigraphic inscriptions, portraiture or virtually anything else that could be described and classified in a systematic and structured way. Their own research at the time was palaeographic. They examined different approaches to their own challenge, considering machine learning, but eventually settled on a method that complemented the precise and exacting discipline of practical palaeography while leveraging the power of  digital object modelling and spatial databases.

Although many of us at DDH worked on what was to become DigiPal at some time or another during that period, the sure and steady hands of developer Geoffroy Noël were chiefly responsible for making it into the mature and powerful framework it became. This core team of one talented developer and two gifted academics was perfectly suited to responding to emerging research needs in an agile (with a small “a”) manner.

Fast forward a few years and what started off as the infant DigiPal, has grown into a framework of international renown and, true to the original vision, its use has spread into different domains. Some of the research projects employing the framework are major, well-funded collaborative endeavours led by respected PIs. Other users are PhD candidates exploring new territory on their own laptops. Others still are customising the framework for their own purposes and working on a proof-of-concept for large funding bids of their own. The original, venerable implementation of DigiPal is being used on the DH teaching programme at King’s. Peter and Stewart have presented their own work, and the platform more generally, to a vast number of conferences and fora, to universal murmurs of approval, recently earning the inaugural MAA Prize for Digital Humanities this year. For every implementation the team knew about, there was likely to be another germinating in the warm, dank office of a researcher.

DigiPal had become a many headed beast and keeping the growing community updated and inviting them to contribute to development was becoming problematic.

Luckily, King’s had recently incorporated King’s Digital Lab to deal with just such problems of scale, interoperability and service. Even more fortunately, Geoffroy had joined us, bringing his experience and skills into a new type of academic environment; one geared toward nurturing sustainability in research software development. We realised that we could, with a little help from the Faculty of Arts and Humanities, streamline the installation and maintenance of what DigiPal had become. We could offer advice about configuration and installation. We could help people develop their funding bids, with technology underwritten by solid research credentials. We could even offer them hosting on our server infrastructure to make the setup as easy as possible.

We want to grow the user community and at the same time help the framework evolve and keep pace with changes in technology in order to remain state of the art because, as researchers ourselves, we recognise the value of what Geoff, Peter and Stewart have created.

To support this consolidated vision of empowering research, there will be a shiny, new and well-maintained Docker instance. There will be a website and a dedicated point of contact to help you begin your own research journey. As we continue to develop, we want to include more and more start-up kits with test materials, scripts and alphabets. We’ll provide a forum for collegiate support and advice and compile wishlists for new features to complement the framework. But we don’t want to lose sight of the original ambition. We want our framework to do one, or maybe three, complementary things extremely well. We don’t want it to become a diluted mish-mash of disparate modules, trying to gobble up every scrap of the DH pie.

So, beneath the tarpaulin, we are hooking up the electrodes. We’re testing the connections and priming the levers. We’re giggling maniacally and we’re waiting for the lightning to strike the conductor on the KDL roof, so we can watch in awe and shout defiantly at the heavens: 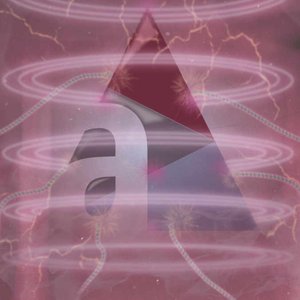