Was the brigand William Cragh spared by divine intervention? 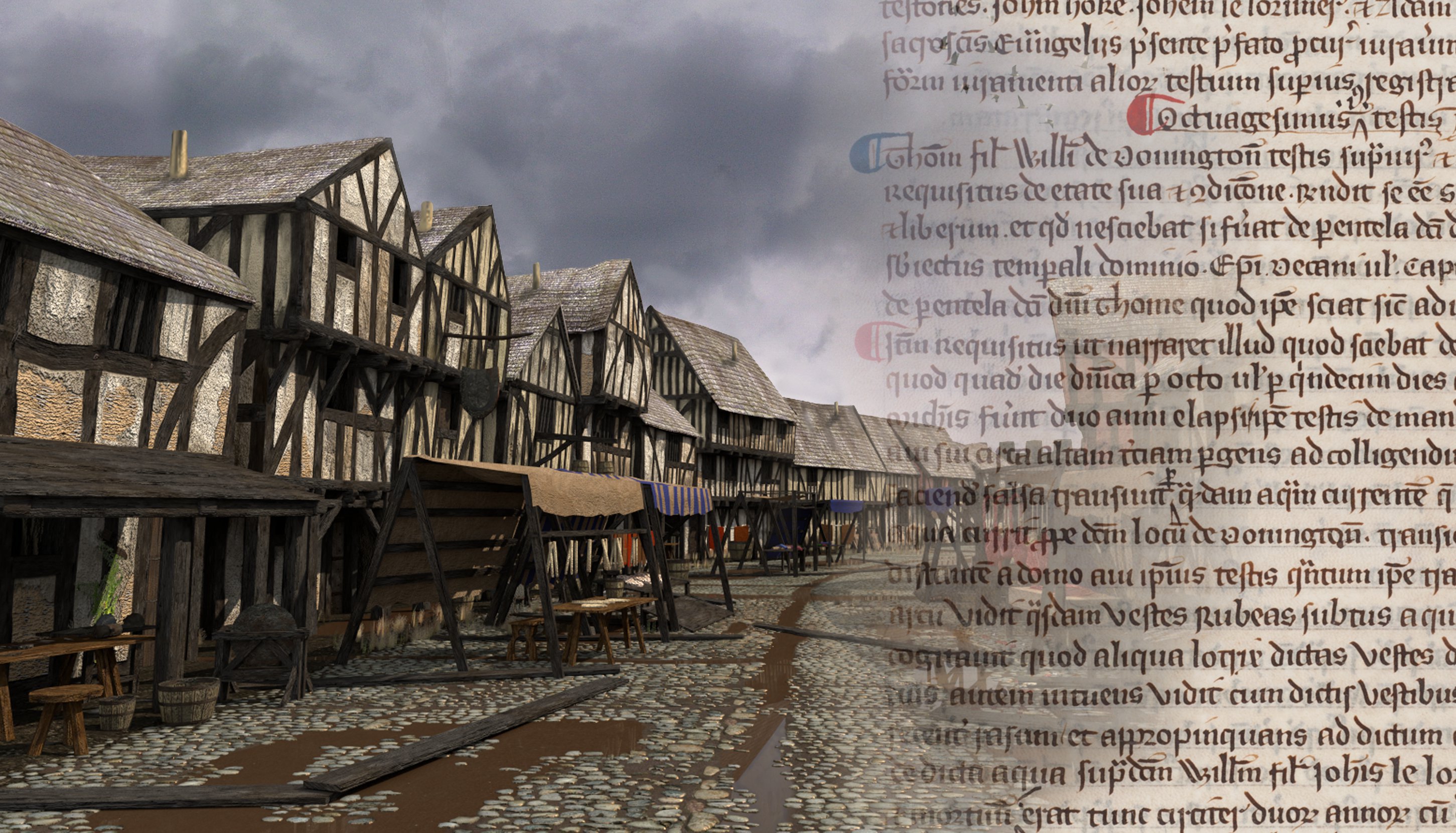 William Cragh was hanged in Swansea in 1287. Twice. Was he spared by divine intervention or simple ineptitude? Employing techniques of text encoding, 3D visualisation, GIS and archaeology, the project seeks to unravel the strands of the story and shine a light on medieval society.

Lead by Catherine Clarke in Southampton, the City Witness project offered a rare opportunity to compare contemporary testimonies from all levels of society, regarding a single mysterious event in the city of Swansea that occurred around 700 years ago. Though the project focuses on the witness accounts of the hanging of William Cragh it also allowed us to look at the medieval city through the lens of this event; its people, its buildings and its institutions.

In late 2020, this project was successfully converted to a static site without any significant loss of functionality.

The multi-media tours KDL helped us build for Chester and Swansea opened up innovative possibilities for engaging people with the history of their environment, out on the city streets.

The methods employed in City Witness are innovative in several ways, which is in part due to the variety of sources combined to create a rich and evocative picture of a medieval town.

The witness statements were marked up to identify the people, the places and events that made up the story of "Twice Hanged William Cragh". The statements are displayed on the website with Latin and English versions shown in parallel.

Fundamentally, the team at King’s Digital Lab helped us to understand what was possible through new and bespoke digital tools and methods.

Simultaneously, a team in Queen's University Belfast were using a technique they dubbed "reverse plan" analysis to use the earliest available cartographically accurate maps to identify the medieval town, and pinpoint the places talked about in the witness statements. Thanks to this joint endeavour, a user of the website can follow the individuals through the town and through the story, using the map to contextualise the events and see the historic landscape through contemporary eyes.

A fly through of the medieval city of Swansea

Working with King’s Digital Lab has been stimulating and fun. It has taken our research in new directions and opened up tremendous impact opportunities.